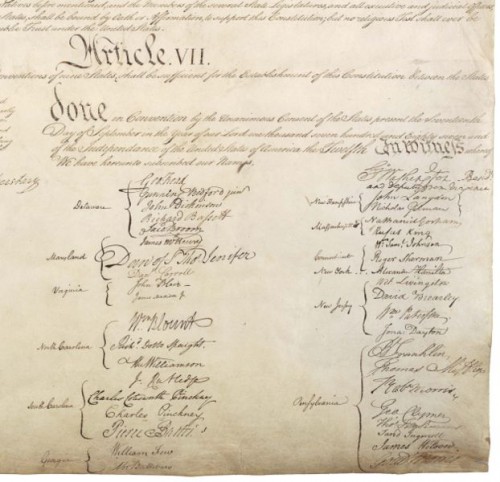 Credit: Free pictures from acobox.com
The Constitution begins with three famous words, “We the people,”  and was signed on September 17, 1787  in Philadelphia, Pennsylvania.  It was signed by the Founding Fathers and because of the Constitution, we enjoy many of the rights and freedoms we have today.  Here are some interesting facts: